I have a bone to pick with somebody…I’m not quite sure who yet, but SOMEBODY out there has been holding back priceless information from me! Why didn’t anyone tell me that I can drink brewed chocolate as if it was coffee?! *insert exhausted emoji face* lol CRIO BRU, Crio Bru, let me tell you guys how this stuff is my latest obsession and I don’t see this love affair ending anytime soon! 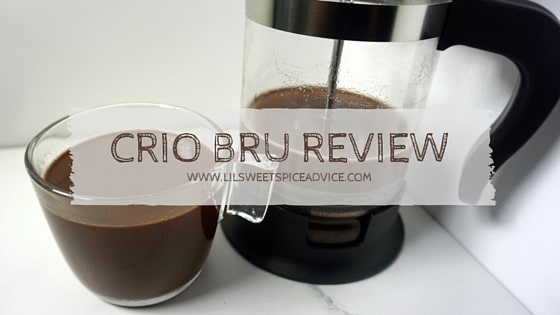 This post contains affiliate links which means if you click a link I will receive a tiny commission to help me run this site.

What is Crio Bru?

I was looking through Sprouts Farmer’s Market “April 2016 Deals of the Earth Month” paper and lo and behold, “Crio Bru Coffee” caught my eyes. Intrigued, I grabbed my iPad and Google searched Crio Bru coffee. I think I read every single page on the site. Basically, Crio Bru isn’t “coffee,” it’s not made from Arabica or Robusta beans, it’s made from 100% ground cocoa beans. (Cocoa beans = roasted cacao beans) Yep, you read that right. This is a chocolate beverage brewed like coffee!

According to the website’s “About Us” page, the inspiration for this drink “originated thousands of years ago by the indigenous peoples of Central and South America. It was served to kings and prized for its energizing and restorative properties.” Crio, Inc., the company behind this marvelous product, was founded by Dr. Eric Durtschi in 2010 after he had discovered roasting and brewing cacao beans was an appetizing substitute for coffee. 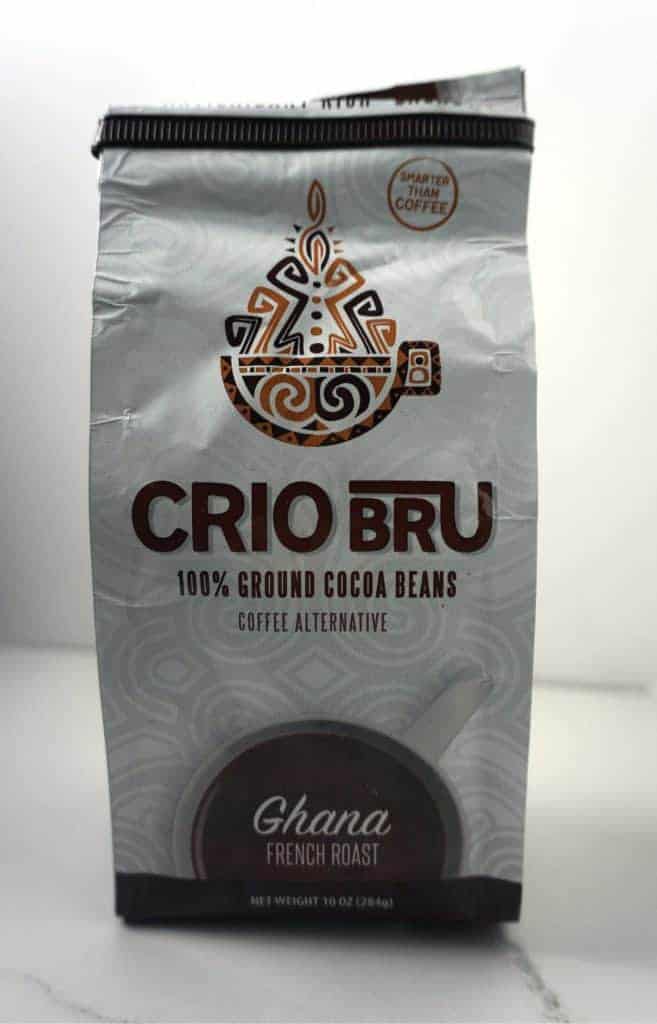 How brewed cocoa beans differ from coffee is the form of energy it produces in our bodies. Coffee contains caffeine which we all know that once the caffeine begins to wear off the jitters begin to kick in. You feel more sluggish than before you actually drank the cup of coffee. Caffeine doesn’t occur naturally in cacao beans; cacao contains theobromine which is a natural stimulant comparative to caffeine.  The effects of theobromine (energy) tend to last longer in the body than caffeine. Theobromine also does not affect the central nervous system; instead, it affects the muscular system causing relaxation in the muscles. (Source: House of Nutrition) In other words, if you are seeking relaxation reach for the dark chocolate! This is also why you can drink Crio Bru at nighttime and still be able to fall asleep.

Crio Bru also purports the benefits of consuming cacao beans. Cacao beans can boost the immune system because they are full of antioxidants, it can promote weight loss because theobromine is an appetite suppressant, it’s rich in magnesium, zinc and other minerals that are responsible for heart health, blood circulation, optimal digestion, building strong bones (magnesium is beneficial for bone health, not solely calcium,) and a host of other benefits. 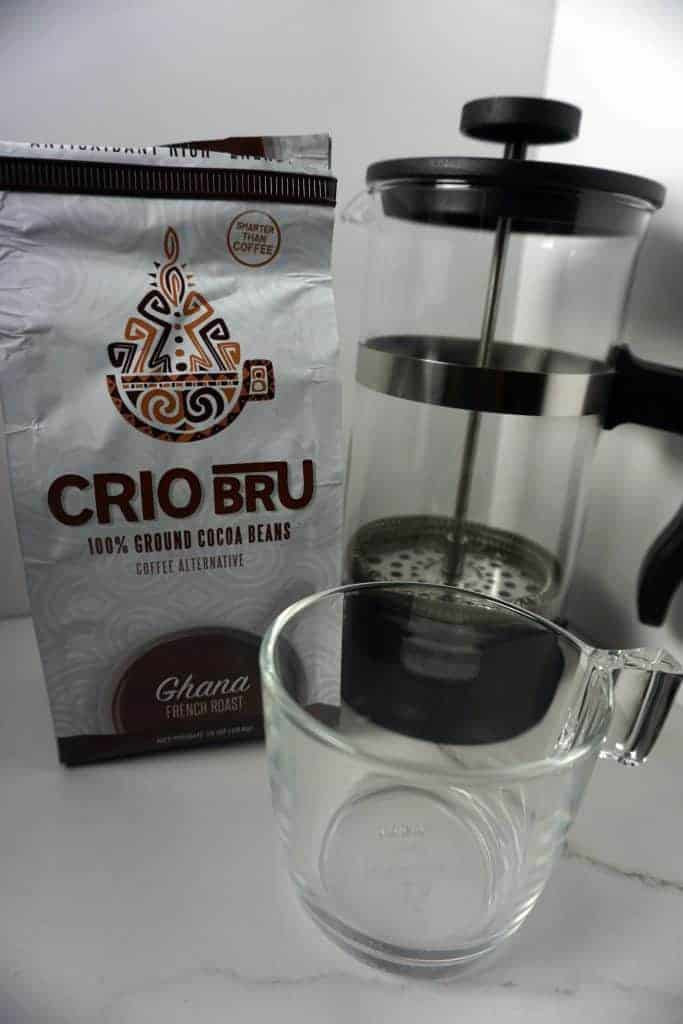 Crio Bru is roasted similarly to coffee and is broken down into categories such as French roast, light roast, and medium roast and is also named after the country of origin. I decided to buy the Ghana French Roast from Sprouts. (This is not a sponsored post. I purchased this with my own money). If you aren’t familiar with the term French Roast it is the name for the way the beans are roasted. French roast indicates that the flavor is bold and has a strong bite. This style of roasting produces a dark color because of the long period of roasting. I love French roast coffee so that is why I chose this level of roasting, but if you are a novice to the brewed beverage world I would suggest starting with a light roast. 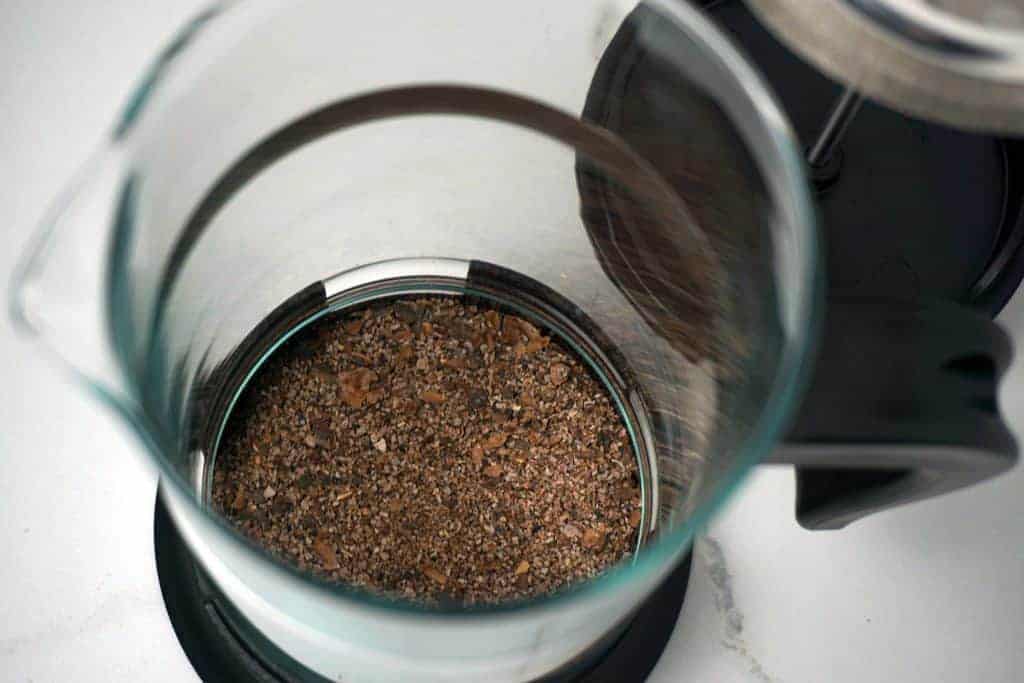 I followed the directions on the package for brewing in a French press. The only caveat I have with brewing the Crio Bru is that the package says to brew the grounds with boiling water in a French press. I know when I brew coffee in a French press you are not supposed to use water temperature higher than 200° F for fear of “overextraction.” So I treated it as if it were French press coffee and set my water kettle’s settings to 200° F.  I chose not to add any creamer or coconut milk, but I did sweeten it with organic evaporated cane juice (raw sugar.) I would suggest using 1-2 teaspoons of sweetener of your choice. I have brewed this several times now but haven’t tried it iced yet, because patience. Lol, Here’s one tip, that’s not listed on the website, try brewing the grounds twice. I got the idea from how I brew my loose leaf tea…depending on which tea leaves I use I can brew my tea 2-4 or 5 times. Now, I wouldn’t suggest brewing these grounds more than twice because the second brew isn’t as strongly flavored as the first, but it’s still VERY palatable.

Brewing Crio Bru with coffee is another suggestion on the packaging that I have tried. I brewed the Crio Bru with my organic coffee to make a mocha coffee and lawd was it satiating! Lol, There’re no directions on the package to tell you how to brew it with your coffee so I had to do my own thing. For one serving, I placed 1 tablespoon of organic coffee and 1 teaspoon of the Crio Bru into the French press. You usually only brew coffee in a French press for exactly 4 minutes, but because it takes a little longer to brew Crio Bru I added the water, stirred, brewed it for 5 minutes, stirred again, and waited for 1 minute before I pressed it. Then you can proceed with the sweetener of your choice.

The taste is similar to drinking hot chocolate that has been made with water instead of milk, but the taste is superior! I’m thinking it tastes so much better because, like loose leaf tea, the grounds are swimming around in the hot water so the essential oils in the cocoa grounds have a chance to diffuse through the water. It is a bit bitter like coffee, but I mean what do you expect? It is really dark chocolate. 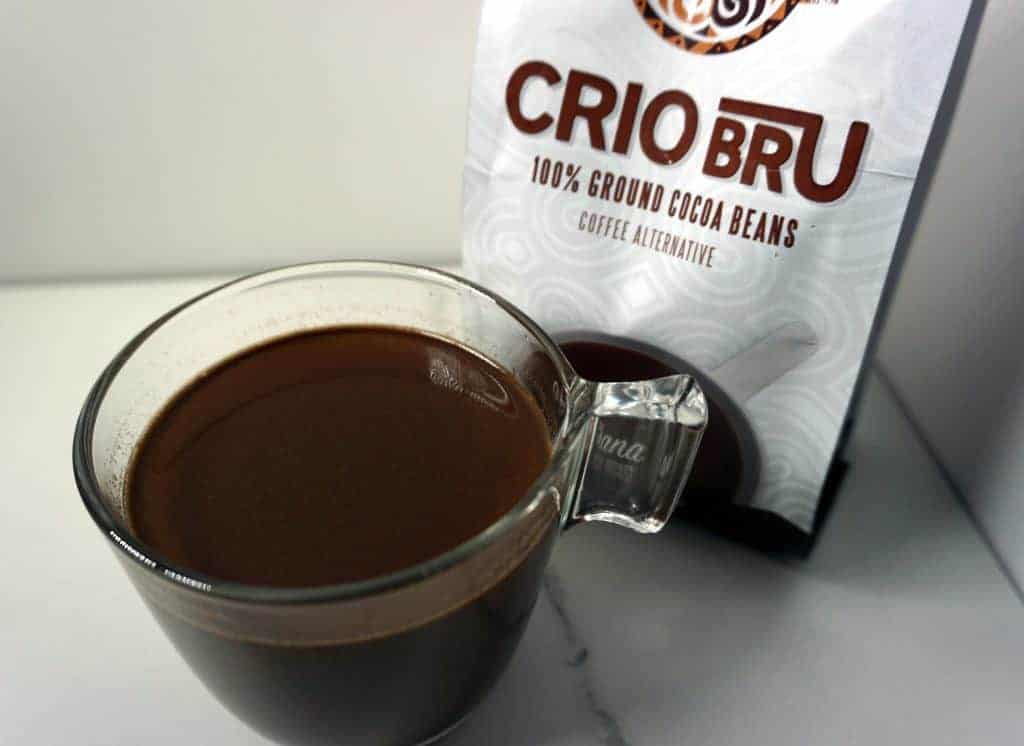 What score do I give Crio Bru? I give it a 9/10 only because it doesn’t give you the water temperature to use and it also doesn’t tell you how to properly store the cocoa grounds. I went ahead and placed the bag in the refrigerator like I store my coffee grounds to preserve the freshness. I can’t wait to try the other flavors!

I hope this review was helpful for you and convinces you to give it a try. If you have a chance to venture over to the website comment below and tell me which flavor you are most excited to try!

Not Having Your Mother on Mother’s Day

Why We All Should Celebrate National Fibromyalgia Awareness Day

I have read some good stuff here. Certainly worth bookmarking for revisiting. I wonder how much effort you put to make such a magnificent informative web site.

I am so glad to hear that you have bookmarked my website. Please be sure to subscribe to the newsletter to stay up-to-date on my posts. Thank you for taking the time to comment!